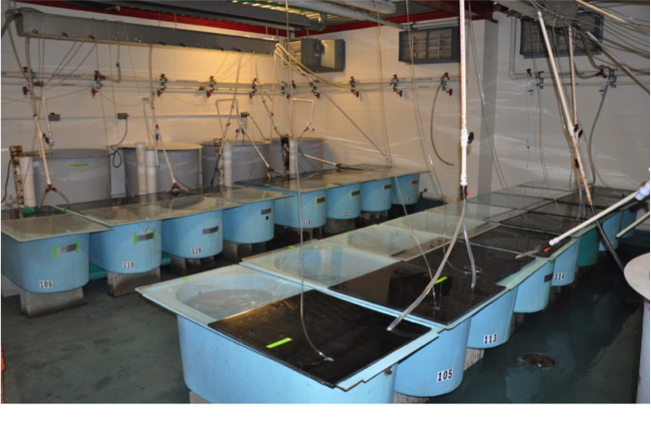 Diluted bitumen is the major crude oil export product from Canada’s Oil Sands, and is shipped across the continent by rail and pipeline. As efforts to expand transport capacity to tidewater increase, so too does the risk of accidental release of diluted bitumen into the environment. We are specifically interested in how exposure to diluted bitumen would affect the ability of salmonids to transition from their freshwater nursery habitat to the ocean during the smolt migration.

In collaboration with Drs. T.E. Gillis (University of Guelph), C.J. Kennedy (Simon Fraser University), and A.P. Farrell (University of British Columbia), we are examining the sub-lethal effects of diluted bitumen exposure in juvenile life stages of Pacific and Atlantic salmon. Our research encompasses molecular mechanisms through to animal performance metrics relevant to aerobic swimming performance (migration) and seawater transition (smoltification). We are also using quantitative proteomics to identify candidate blood biomarkers of diluted bitumen exposure that could be used to monitor affected populations after a spill.

Our research is providing timely and important data on how a diluted bitumen spill into the freshwater habitat of salmon could impact the ability of these fish to complete their requisite migration from freshwater to seawater.

Anatomy and regenerative capacity of the hagfish brain 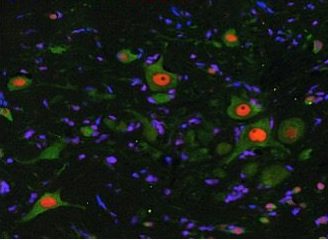 Hagfish are ancient, jawless fish that scavenge food from the ocean floor, and much of their basic biology remains a mystery. We are using hagfish to understand how the capacity for adult neurogenesis has changed through evolutionary time. 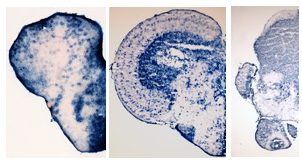 Teleost fish have an unrivalled capacity for adult neurogenesis among vertebrates. New neurons are born and incorporated into the mature brain at a high rate in all major brain divisions. While this phenomenon is well-recognized, there remain considerable gaps in our understanding of how adult neurogenesis is regulated and what role it plays in fish physiology and behaviour. We are interested in how steroid hormones, including endogenous glucocorticoids and exogenous estrogen-like compounds, alter proliferation patterns in the fish brain and the organismal outcomes of these changes.